Improving the user experience for the online complaint form

The Alberta Security Commission’s original vendor couldn't perform the updates the ASC needed to improve their online complaint form and cut down on the number of calls and emails received. Bayleaf’s work, as well as suggestions for improvements to page content, tools, IA, and the form’s stepped process, helped achieve these goals while simultaneously making it mobile-friendly. 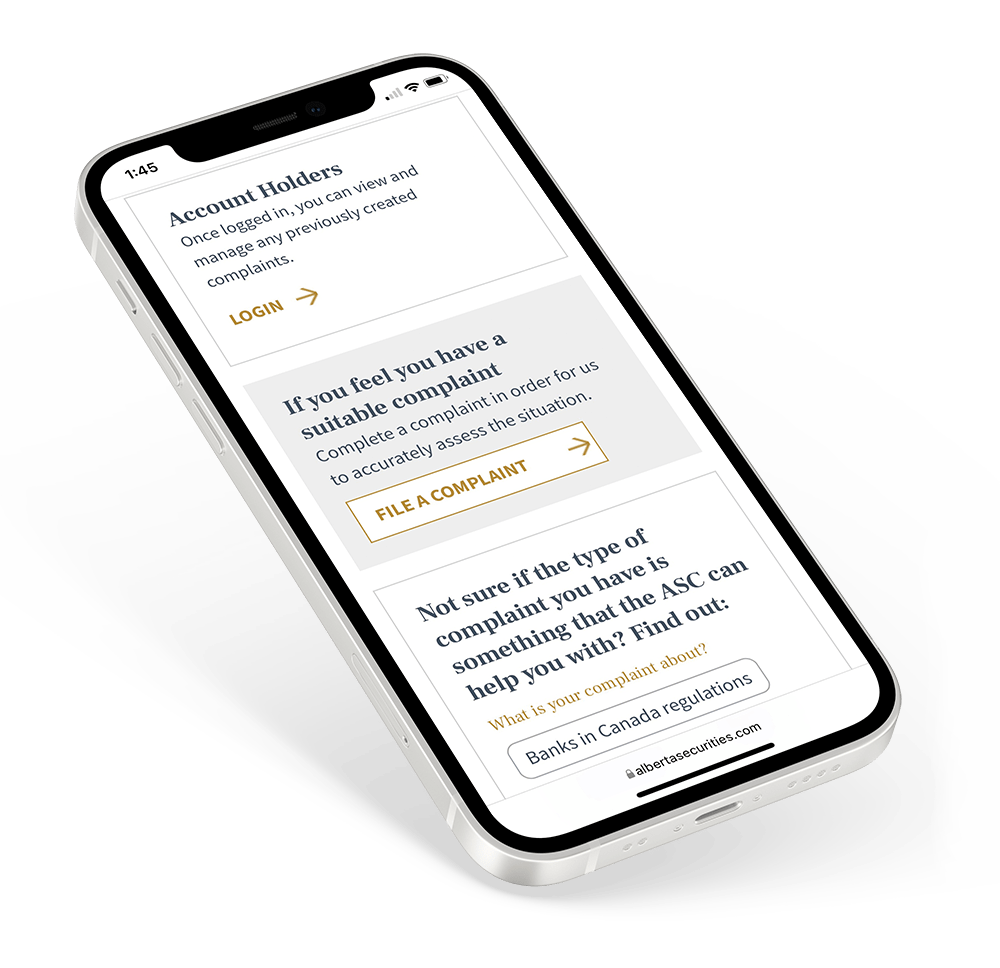 Although the ASC had an online complaint form, they found it was under utilized with complaints coming in from calls or emails. Additionally, their ‘Initial Assessment’ form, to help users determine whether they had a valid complaint, could not be linked to a detailed complaint created later. This inability to link complaints resulted in duplicate records and required a high degree of manual processing to reconcile. The ASC needed help giving users the tools to self-determine if their complaint fell within ASC jurisdiction and to driving users to the online form. They also wanted to improve the form’s performance on mobile and increase the visibility of submitting an anonymous complaint.

Before suggesting solutions, Bayleaf did a full UX review of the existing complaint process to identify issues and areas of improvement. Recommendations included:

The previous process required users to select ‘File a Complaint’ several times before arriving at the form. For example, a user would make their selection from the menu or home page and be taken to a general introduction page with options to:

Users typically took the easiest path which was phone, email, or the short initial complaint form. Even if users selected option 3 immediately, they were still directed to a page outside of the form process, being asked to login, create account, or submit anonymously.

Bayleaf’s suggestion to remove the initial assessment, deprioritize phone and email options and fold account creation or anonymous submission into the first step of the complaint process, simplifies user options, and increases engagement.

Bayleaf also created a Help widget to encourage users to self-determine if their complaint fell within ASC jurisdiction or another regulatory body. Bayleaf also suggested putting the FAQs on the landing page to provide contextual help instead of directing them away.

The original form was responsive, but the design wasn’t implemented with mobile in mind. It required users to scroll sideways to view all tabs/steps in the form, so they couldn’t see the process fully. Bayleaf revised the design so users could see how many steps there were immediately, added indicators to completed steps and forced sequential progression to prevent users from jumping around the form. To clean-up the form, long help text was put into tooltips and displayed when a user clicked a relevant field, providing contextual information.

Validation enhancements were performed, so that if multiple issues existed, they were all flagged simultaneously, allowing the user to fix them all at once. The previous form only flagged the first error, forcing the user to submit several times if multiple errors existed. 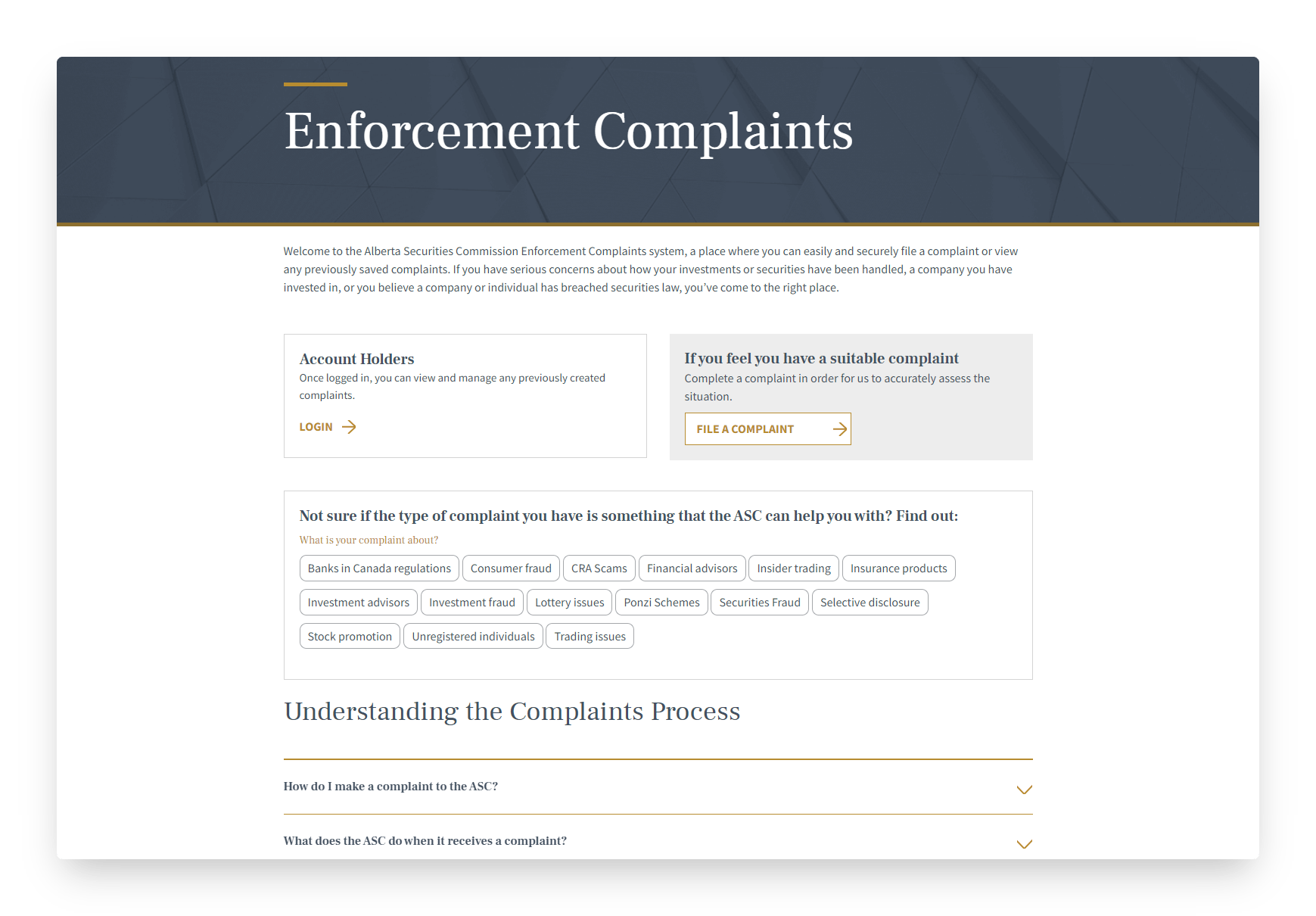 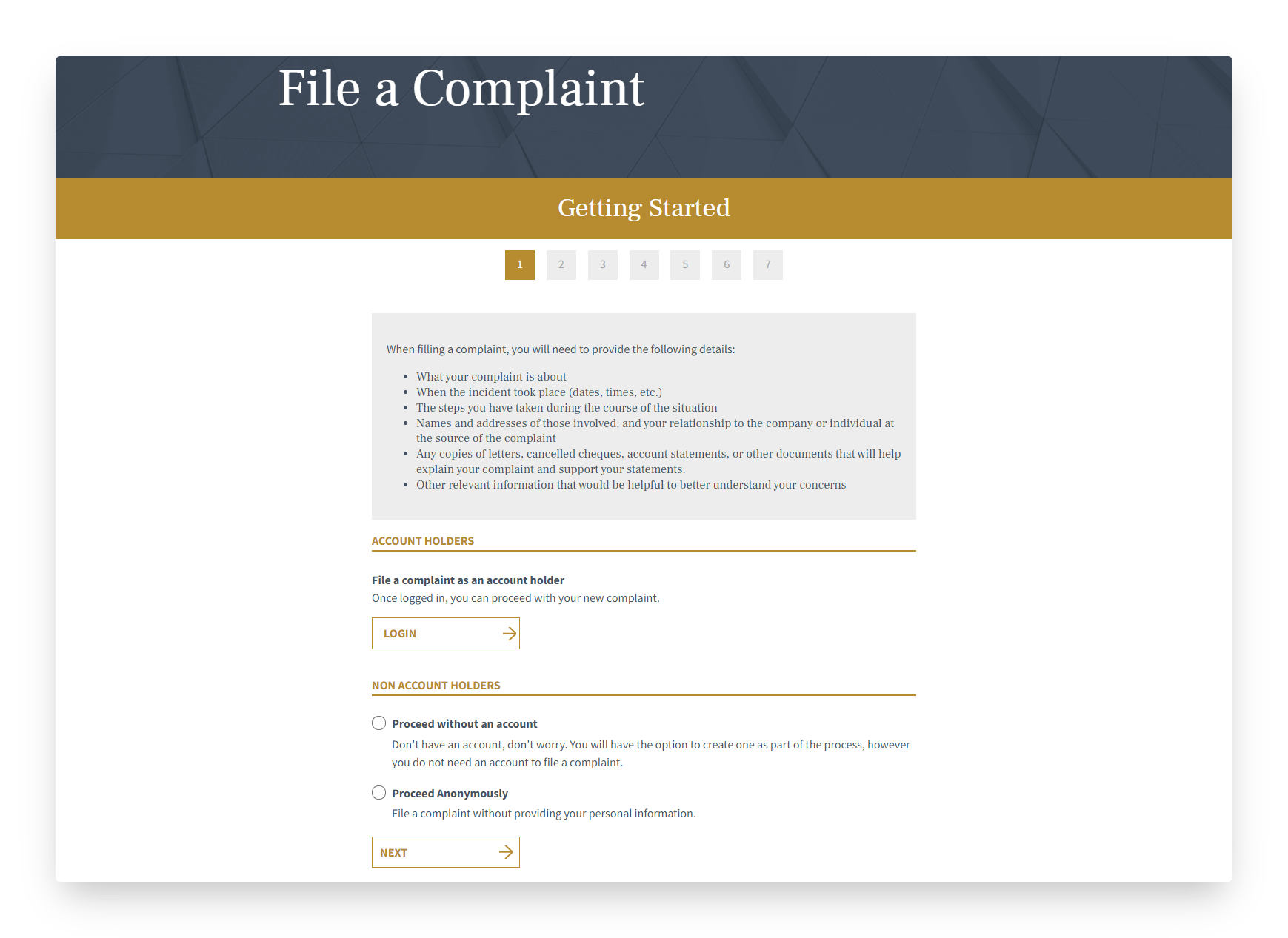 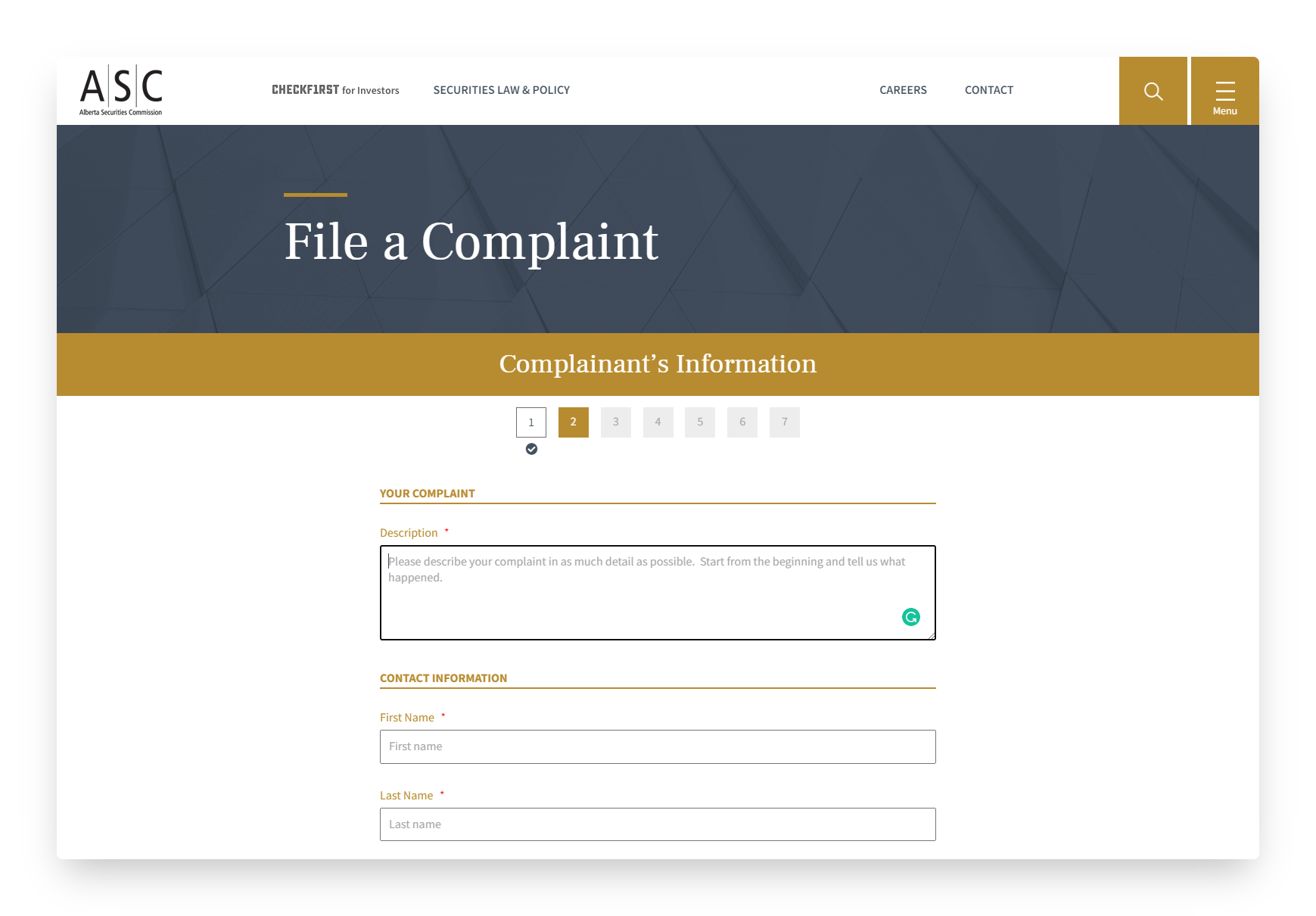 How can we help?

Connect with us with questions or upcoming project needs

We use cookies on our website to give you the most relevant experience by remembering your preferences and repeat visits. By clicking “Accept All”, you consent to the use of ALL the cookies. However, you may visit "Cookie Settings" to provide a controlled consent.
Cookie SettingsAccept All
Manage consent

This website uses cookies to improve your experience while you navigate through the website. Out of these, the cookies that are categorized as necessary are stored on your browser as they are essential for the working of basic functionalities of the website. We also use third-party cookies that help us analyze and understand how you use this website. These cookies will be stored in your browser only with your consent. You also have the option to opt-out of these cookies. But opting out of some of these cookies may affect your browsing experience.
Necessary Always Enabled
Necessary cookies are absolutely essential for the website to function properly. These cookies ensure basic functionalities and security features of the website, anonymously.
Functional
Functional cookies help to perform certain functionalities like sharing the content of the website on social media platforms, collect feedbacks, and other third-party features.
Performance
Performance cookies are used to understand and analyze the key performance indexes of the website which helps in delivering a better user experience for the visitors.
Analytics
Analytical cookies are used to understand how visitors interact with the website. These cookies help provide information on metrics the number of visitors, bounce rate, traffic source, etc.
Advertisement
Advertisement cookies are used to provide visitors with relevant ads and marketing campaigns. These cookies track visitors across websites and collect information to provide customized ads.
Others
Other uncategorized cookies are those that are being analyzed and have not been classified into a category as yet.
SAVE & ACCEPT